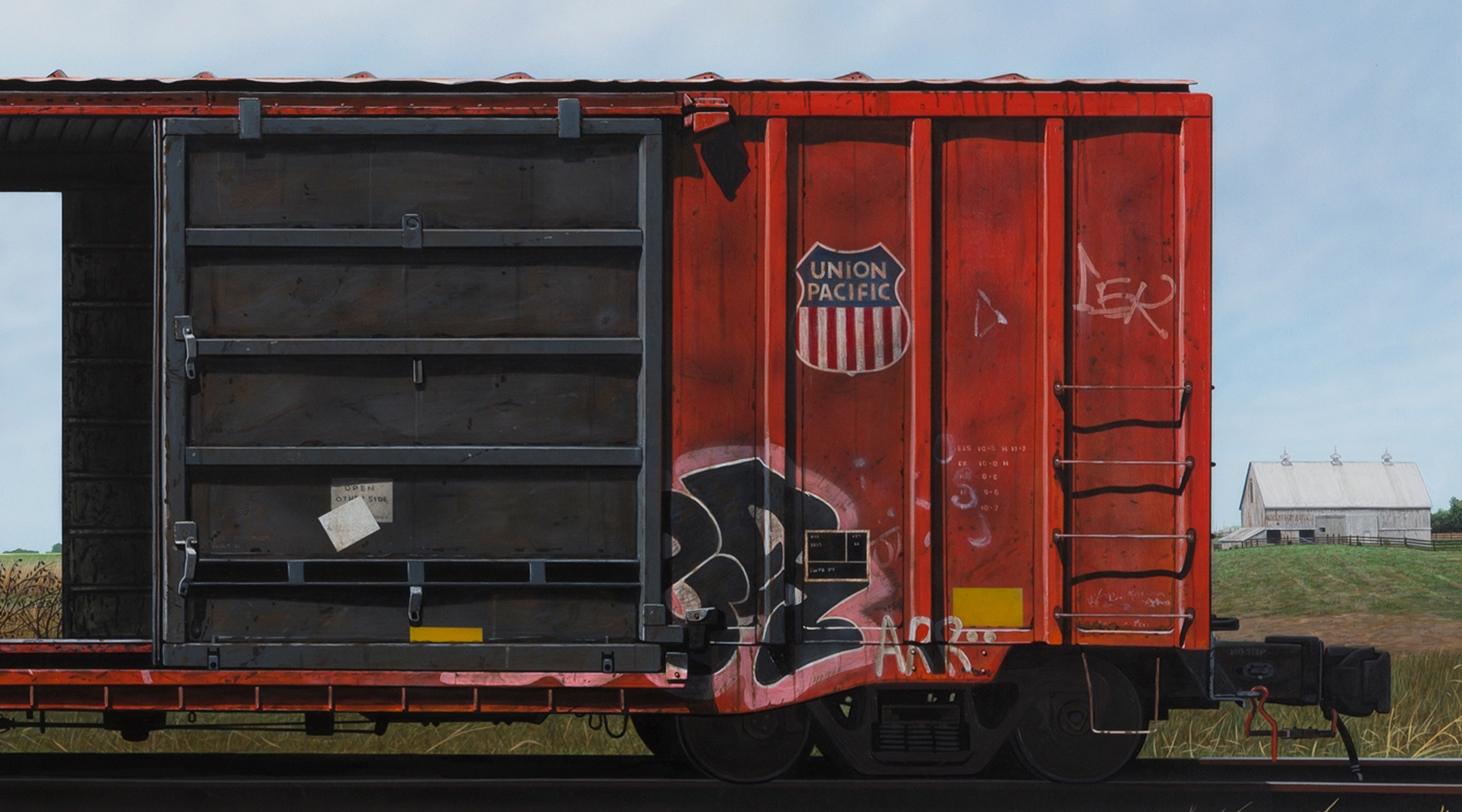 North America is a vastness. True, the landscape stretching from one end of the continent to the other is almost unimaginably variegated, and almost nowhere is it as empty as Australia, for instance, or the Asian steppe. But the space of the Northwestern Quadrisphere still yawns and rolls and beckons the human imagination with its fields and mountains, deserts and skies. The indigenous peoples of North America developed integrative, holistic belief systems tying them to the land not least because the land itself, beyond its bounty and its peril, inspired such close association. The peoples that have since occupied Canada, Mexico, and the United States have been similarly awed by the places they have found themselves (although one man’s awe can be another man’s exploitation). The poetics of topography meet those of troposphere almost everywhere in North America: even the most prosaic copse inspires a sense of intimacy, and even the most monotonous plain mesmerizes the mind while hiding, then unleashing, the threat of meteorological spectacle.

American space has been the central subject of Adam Normandin’s painting for over a decade now. For most of that time Normandin’s evident subject matter has been trains – engines, boxcars, cabooses, rails, the whole nine million yards of rail-based freight service in and about the United States. But the full iconography of Normandin’s work indicates that freight trains are not so much his subject as his conceptual armature. The relationship of such a human thing as trains – as object, as infrastructure, as architecture, even as a locus of romantic associations (rural and urban) – to the land and space it traverses is at the heart of Normandin’s pictorial quest. Exacting as his renditions are (to the point where the nation’s most fervent trainspotters collect his work and honor him at their conventions), the painter’s engagement with trains, as his method betrays, bespeaks a vision much bigger than a boxcar.

Normandin’s work comes under the broad but distinctive rubric of Hyperrealism: his rendition of imagery is fixed, precise, and unmistakable, described with a verism so sharp as to challenge rather than reify ordinary sight. Indeed, certain aspects of his approach consign his style to the more narrowly defined genre of Photo-realism: the depiction of speeding trains as almost illegible blurs, for example, recapitulates an effect provided not by the human eye but by the camera. (The other elements in these paintings, however, are exactingly painted, at full rest, setting up an almost vertiginous optical conundrum between apparent motion in photographic terms and apparent fixity in optical terms.)

For the most part, Normandin treats his trains and train elements as self-contained, even monumental presences, capturing their great detail and equally their plainness. In this he continues an American tradition of the lucid, an arc of neo-classicism that courses throughout the 19th century and undergoes many metamorphoses in the 20th before re-coding into the Photo-Realism made possible by Pop Art. Normandin professes the influence of Edward Hopper, and clearly reconsiders in his own work the light, composition, and still yet vibrant atmosphere found in the older painter’s outdoor pictures. Those qualities entered Hopper’s work permanently when the New York-based painter made several visits west. Normandin, himself a New York native now living in Los Angeles, echoes Hopper’s “light journey” by bathing his pictures in the high, unmodulated but haze-tinged sunshine he now inhabits.

Normandin also acknowledges the examples set by Richard Estes and John Register – a complementary pair, one employing Photo-realist methods in glittering portrayals of an oddly empty New York City, the other resorting to a more atmospheric Hyperrealism in his paintings of and near the Los Angeles coastline. Both artists are masters at describing space as place and vice versa, a continuing pursuit of painters at least since the Dutch Golden Age. In this regard – and for all he has taken from Estes – Normandin treats his trains and train elements not as things in themselves so much as markers in a context of light and space; he thus aligns himself stylistically with (Southern and Northern) California Photo- and Hyperrealism (Register’s not least), which has always been about light and the mutability of perception, as opposed to the Eastern preoccupation with the thing itself and the identity of subject matter.

In his earlier work Normandin did explore more conventional Hyperrealist subjects such as buildings, storefronts, and street vehicles. These images are still marked by a sensitivity to space as described by light, and by architecture – not the image of structures, but the architecture of the picture itself, how the lines and borders predominating in the painting relate to one another and to the picture plane. Working his way through images of taxis, walls, and neon signs, Normandin perfected the soundness of his compositional strategy – a strategy, he himself observes, that brings him close to Mondrian in its reliance on clarity and rectilinear exactitude. In maintaining this formality Normandin returns us to the neo-classicism of a young United States (and a revolutionary Europe). He also conjures the neo-neo-classicism of the Precisionist movement, an interwar phenomenon in American painting that, in the wake of photography, conflated realism and cubism. Indeed, it would be justified to describe Normandin as something of a “neo-precisionist.”

What, then, to make of the wild, explosive graffiti that festoons so much of the rolling stock Normandin portrays especially in his most recent work? These insolent ballooning forms seem to contradict the very core of his aesthetic. The artist argues that, in effect, they come with the landscape. His faithfulness to his subject matter, he says, requires that he depict them as found, that including them in his paintings roots his trains in their social as well as physical environment. This makes sense as far as it goes (never mind that more than a few of his paintings are composites) but it also speaks to a greater fundament in Normandin’s art: its search not for artistic perfection nor for reportorial veracity but for equilibrium between the two. His is an art that favors neither truth nor beauty, but embraces both. Normandin’s work demonstrates that truth is beauty, that the real in all its plainness is a place of poetic transport. This, perhaps, is the most American quality of Adam Normandin’s oeuvre: as William Carlos Williams put it, “no poetry but in things.” For all the expanse of the North American continent, its allure comes down to the interaction of its air with its artifacts. Normandin’s art persuades us that such is the case.